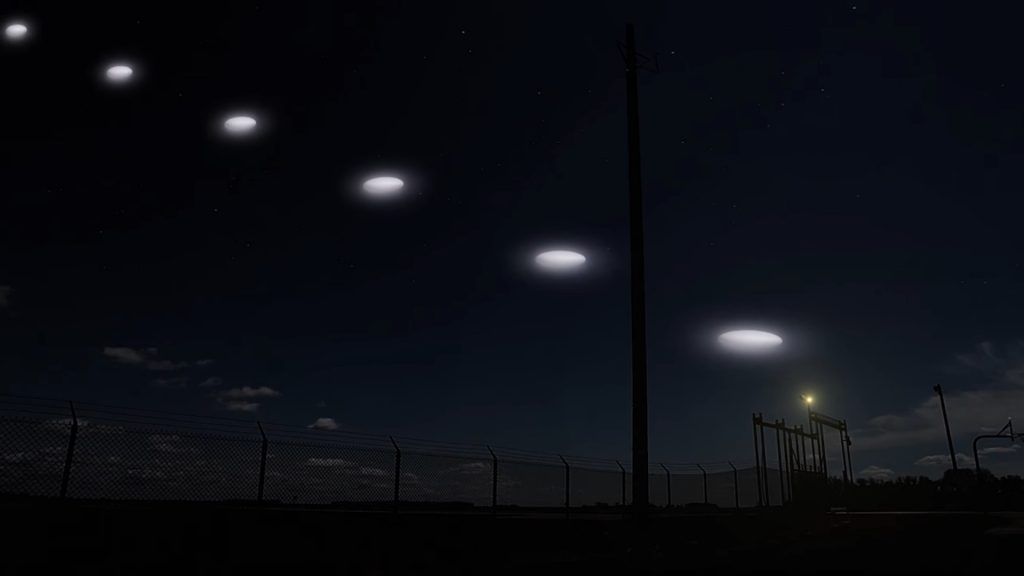 Washington (USA) Incidents at and above US nuclear weapons bases have been known for years, during which unidentified flying objects are said to have partially paralyzed the facilities or even took over their control systems. On October 19, 2021, for the second time various former US Air Force officers will attend a press conference at the National Press Club in Washington D.C. report these incidents and request a public hearing on the incidents by the US Congress. A news conference will be held Under the title “The Unidentified Aerial Phenomenon (UAP) and Nuclear Weapons – Witness Testimonies”. The purpose of this news conference is to inform the public about these incidents.

“A panel of former U.S. Air Force officers will discuss their involvement in UAP incidents at nuclear missile bases and test sites during the Cold War era. Affidavits and declassified U.S. government documents that the substantiate the reality of UAP activity and nuclear weapons sites will be available.” according to the press club.

As the organizer of the press conference, the once active Air Force officer Robert Salas himself, explains in a press release, the statements and documents presented are intended to support the statements and reports that Salas and colleagues have been making for years, according to which unidentified flying objects (UFOs) or unidentified aerial phenomena (UAP) already have several times paralyzed nuclear launching devices of the USA or even took over their control for a short time, while the objects and phenomena were hovering over the systems and facilities.

Robert Salas himself has been investigating and documenting such incidents as a researcher for years, after he himself was on duty as the chief commander of an underground nuclear missile site at Malmstrom Air Force Base. In March 1967 his staff observed in the sky above the base mysterious lights and later a large and red-hot object over the main gate. Shortly afterwards, according to Salas, all ten missiles were shut down one after the other without him being able to maintain control of the systems.

In addition to Salas, former USAF Captains and Nucelar Missile Crew Commander Robert Jamison will also speak at the conference. At the time of this incident, he was an officer on Malstrom and was responsible for restarting the launch systems of the failed missiles. Jamison himself had not seen the UFO, as he was only called to the base shortly after the missiles had failed. Jamison rules out a common malfunction as an explanation, since something like this simply could not have happened with ten missiles at the same time.

In addition, former USAF Captains and Nucelar Missile Crew Commander David Schindele and former USAF Lieutenant and Missile Test Photographic Officer Robert Jacobs will report on their UFO experiences and will then discuss these incidents with Salas and Jamison in a panel discussion.