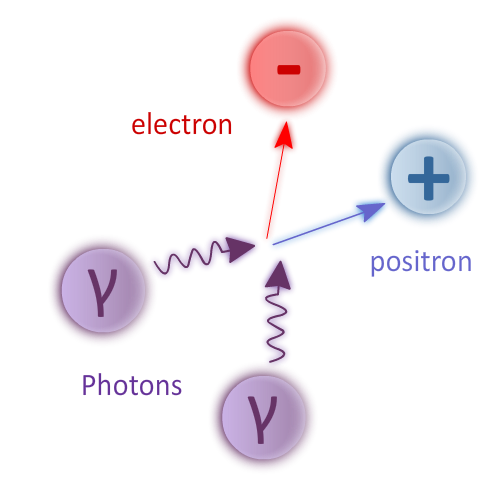 Long Island (USA) The Breit-Wheeler effect, postulated as early as 1934, describes the conversion of light into matter. With the theory physicists Gregory Breit and John Wheeler were able to prove that when two high-energy photons collide, a positron and an electron arise, i.e. matter is formed. An experiment has now proven this theory for the first time. In the context of his special theory of relativity, Einstein described the natural law of the equivalence of mass and energy (E = mc²) as early as 1905. According to this, energy and matter are equivalent and can be converted into one another. One direction of matter and energy is omnipresent. It takes place permanently in the sun, for example when atomic nuclei fuse and energy is given off in the form of radiation.

“It was already clear to Breit and Wheeler that this would be almost impossible to implement in practice,” explains Zhangbu Xu of the Brookhaven National Laboratory. A direct conversion would require a laser that emits gamma-ray photons in a highly concentrated steel. However, research has not yet been able to develop such a laser.

Alternatively, Breit and Wheeler postulated a method in which accelerated heavy ions serve as a light source instead of a photon beam. Because strongly positively charged atomic nuclei generate strong electromagnetic fields around them at extremely high acceleration, their physical properties resemble those of photons under certain conditions. According to the theory of Breit and Wheeler, an ion is surrounded by a cloud of light particles as it moves through a particle accelerator. When two of these atomic nuclei move towards each other in an accelerator and almost collide, their photon clouds interact. Part of it is greatly accelerated and the high-energy light particles collide. According to the theory, pairs of electrons and positrons should arise in this process.

A team led by Zhangbu Xu from the Brookhaven National Laboratory (BNL) has now experimentally tested the almost hundred-year-old theory using the STAR detector on the Relativistic Heavy Ion Collider (RHIC). According to their publication in the Physical Review Letters, they collided gold nuclei accelerated to 99.99 percent of the speed of light. They examined the released decay products for pairs of electrons and positrons whose mass distribution, energy and quantum states corresponded to those of the Breit-Wheeler effect. In total, the physicists were able to find 6,085 electron-positron pairs with the appropriate features. In an additional experiment, the scientists also checked whether the photons generated during the collision had the characteristics of normal light particles, which was also confirmed.

“Our results provide clear evidence for the direct, one-step generation of matter-antimatter pairs from the collision of light – as described theoretically by Breit and Wheeler,” explains Daniel Brandenburg. It has therefore been proven that the direct conversion of light into matter is possible.