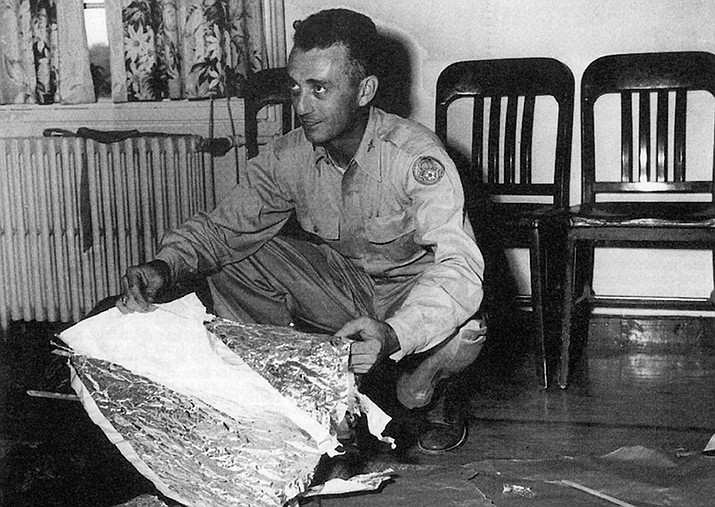 Washington (USA) – The famous 1947 “Roswell crash”, in which an unidentified Object supposedly crashed in the desert, is arguably the world’s most well known UFO myth. Numerous witnesses described it as the crash of an object of extraterrestrial origin that included alien occupants. It has since been referred to by the US Air Force as weather/spy balloon, as crash test dummies amongst other explanations. The story kept changing over the years and there are many theories surrounding this incident. For the first time, researchers now have the real diary of one of the first military eyewitnesses to the crash site – the diary of Major Jesse Marcel.

Mr. Jesse Marcel Senior was the first “Intelligence Officer” who reached the alleged UFO crash site. He secured debris of the craft on behalf of the US Army and brought them to the Army base in Roswell. 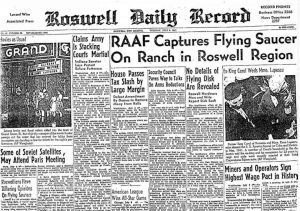 His son Jesse Marcel Jr. said his father stopped at home on the way to the base, where he showed his wife and son parts of the rubble he discovered: “There were only fragments of metal, bars with

strange letters on them and black plastic pieces, that looked like a broken record. Some of the rubble had symbols or something like writing on it. These strange characters looked like Egyptian hieroglyphs or something…”. When Jesse Marcel Senior brought the debris to the army base at Roswell, the Air Force was initially compelled to classify the matter as top secret. An official US Army press release about a “flying disc” crash was revoked and then the remains of a weather balloon were presented to the public.

Marcel Jr. later explained, “It had nothing to do with what my father showed us that night!”. Sadly Jesse Marcel Junior died at the end of August 2013. During his life, Jesse Marcel Senior was convinced that what he found in Roswell was an alien spacecraft. Skeptics of an exotic explanation for the Roswell event still accuse Marcel simply of exaggeration.

Meanwhile the diary of Marcel Senior has passed from his son on to his grandchildren, who confirmed that their grandfather never changed anything in his story. “Our grandfather was made a pawn and forced to deny what he had actually found at the crash site. In this way he became the starting point of the cover-up.”

To date the only remaining evidence is his diary, which is now at the center of a documentary called “Roswell, The First Witness”, which is made for TV. It will have to be seen if this documentary can shed some more light on the Roswell UFO incident. The documentary is split into several parts and can be seen on the HISTORY channel.