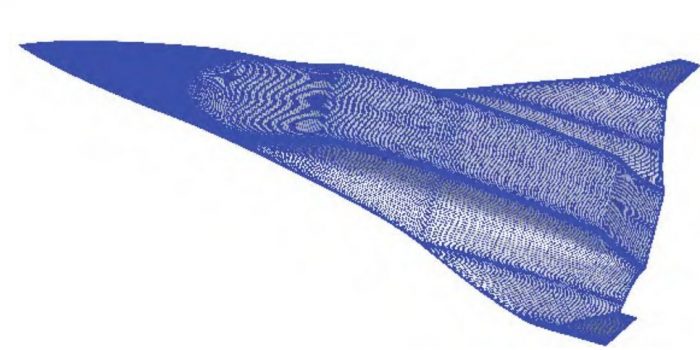 Beijing (China) The Beijing Institute of Technology (BIT) is developing a hypersonic passenger plane that is expected to reach a speed of 7,413 km/h. Commercial flights are scheduled to start in 2035. According to the South China Morning Post (SCMP), the BIT has started development of this particularly fast passenger aircraft. Thanks to its significantly shorter flight times, the hypersonic aircraft should enable travel from China to the U.S.A. or Europe in about one hour. Although the concept shown is almost a third longer than a Boeing 737-700, which can accommodate well over 100 passengers, it should only accommodate ten passengers.

According to the press report, the aircraft can reach a speed of Mach 6 (six times the speed of sound). With dry air and 20 degrees Celsius, this corresponds to 7,413 km/h. Any place on earth could be reached from Beijing in one hour.

At the moment no other country has a hypersonic passenger aircraft. Aside of China, the U.S.A. and Russia are currently also working on the development of corresponding models. The Chinese development team includes Liu Rui, who also played a key role in promoting the country’s Mars and Moon programs. In addition, China has the wind tunnel with the world’s highest wind speed, so it has a clear advantage in terms of development.