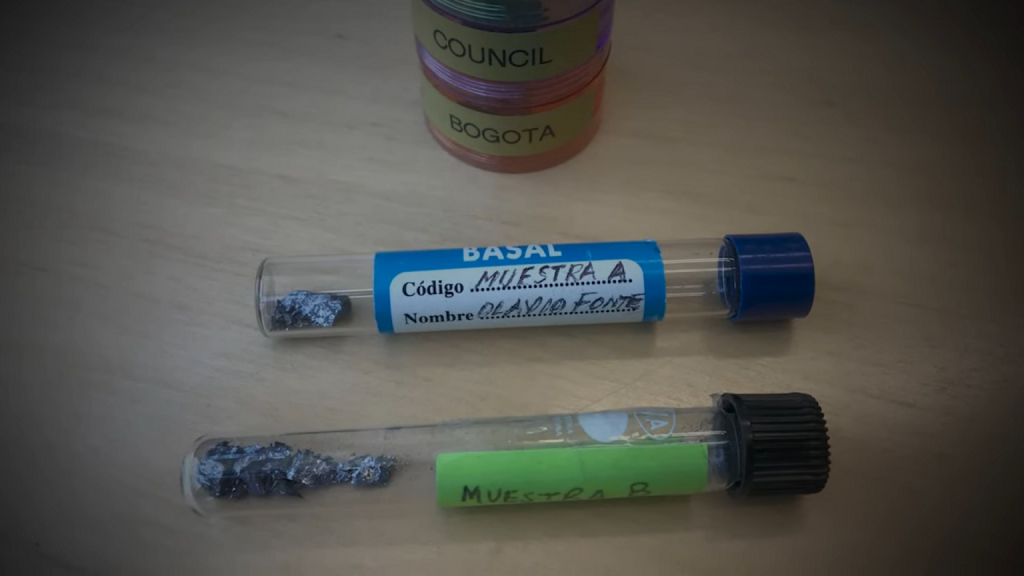 Silicon Valley (USA) Physical debris obtained through on field research of alleged UFO crashes in Colombia and Argentina, is now being studied by scientists. Dr. Jacques Vallée has collected purported metal debris from UFO cases dating as far back as 1947, that experts are analyzing in a state-of-the-art laboratory at Stanford University.

The breakthrough has come with the invention of a machine that enables scientists to look at the atomic structure of a selected material. At that microscopic level, the atomic structure is impossible to fake. This device is called a “multi-parameter ion beam imager” which Dr. Garry Nolan, a Stanford microbiologist, is using to create a revolutionary three-dimensional image to analyze the samples right down to their individual atoms. The process is called “Multiplexed Ion Beam Imaging” or in short MIBI. When Dr. Nolan placed some of the fragments in the vacuum chamber of his instrument, he was astonished to find their composition was unlike any known metal. No matter where he looked in the sample’s jumble of elements, whether magnesium, iron, nickel or titanium, the ratio of isotopes didn’t make any sense.

He intends to use the information, “to understand a physical principle that we don’t know today”. The scientists further discovered in their research, that this material was manufactured and is definitely not natural. It does not mean that the material recovered from the alleged UFO crashes was necessarily made somewhere in outer space, it just means that it was manufactured specially for a particular purpose that the researchers don’t understand (yet).

The interview of both Dr. Jacques Vallée and Dr. Garry Nolan where they talk about the material in more detail, can be seen in a recent documentary called “ThePhenomenon”.