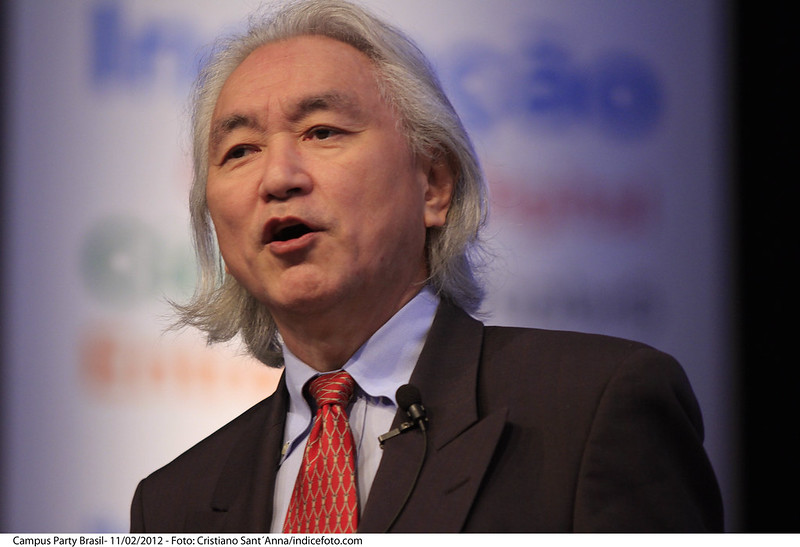 New York (USA) The famous theoretical physicist Dr. Michio Kaku has already shown in the past that he is open to the idea of ​​extraterrestrial visitors on earth. In a recent tweet, he is now encouraging his fellow scientists to consider the idea that UFOs could be extraterrestrial spaceships more openly. As Kaku explained via Twitter, he was repeatedly asked about his attitude towards the UFO phenomenon. With regard to this, the physicist then explains further that he considers the question of origin to be a legitimate scientific question.

In 2019 at the UFOlogy World Congress in Barcelona, Kaku had already declared that UFO research had reached a significant turning point through the authentication of UFO recordings by the US Navy and the latest confirmations from the US military. He also said that “now the burden of proof rests on the US government. You now have to prove that these objects are not controlled by intelligent beings from space.”

…we should be open to that possibility. Many physicists are skeptical because the stars are so far away, but that assumes ET is only a century ahead of us.
Imagine if the aliens are millions of years more advanced than us; new laws of physics open up, so keep an open mind.

According to the physicist, the possibility of an extraterrestrial origin of the objects that were not only sighted and documented by the US pilots is on the table. At the same time, Kaku pointed out in his speech in Barcelona that there was still no clear evidence for the “alien theory” either. After all, it could also be a matter of previously secret technologies from earth.

“We now know that these objects can reach speeds of Mach 5-20. We know that they are capable of zigzag maneuvers at speeds that would actually have to crush any pilot on board. The previous cheap explanations for UFO sightings such as meteors, weather balloons, or the planet Venus, can no longer explain these recordings of the Navy”, Kaku continues.

What remains are actually only two possible explanations: “Either these objects are of human origin and then represent such an advanced technology that even leading scientists are confused. Or we see evidence of a highly developed extraterrestrial civilization here.”

In fact, it is first necessary to prove that the documented UAPs or UFOs are not of extraterrestrial origin. As possible earthly explanations, Kaku cited developments by the US military that their own pilots might not be aware of yet, and at the same time discussed the possibility that these could also be developments of other nations. For example, Russian President Putin recently spoke of the development of a supersonic aircraft that would also be capable of zigzag flight. The USA and China are also currently working on similar concepts, as seen by the mysterious “UFO” patents that have been filed by the US Navy in recent years.

Here is also a video from an interview with Dr. Michio Kaku where he speaks about the topic as well: