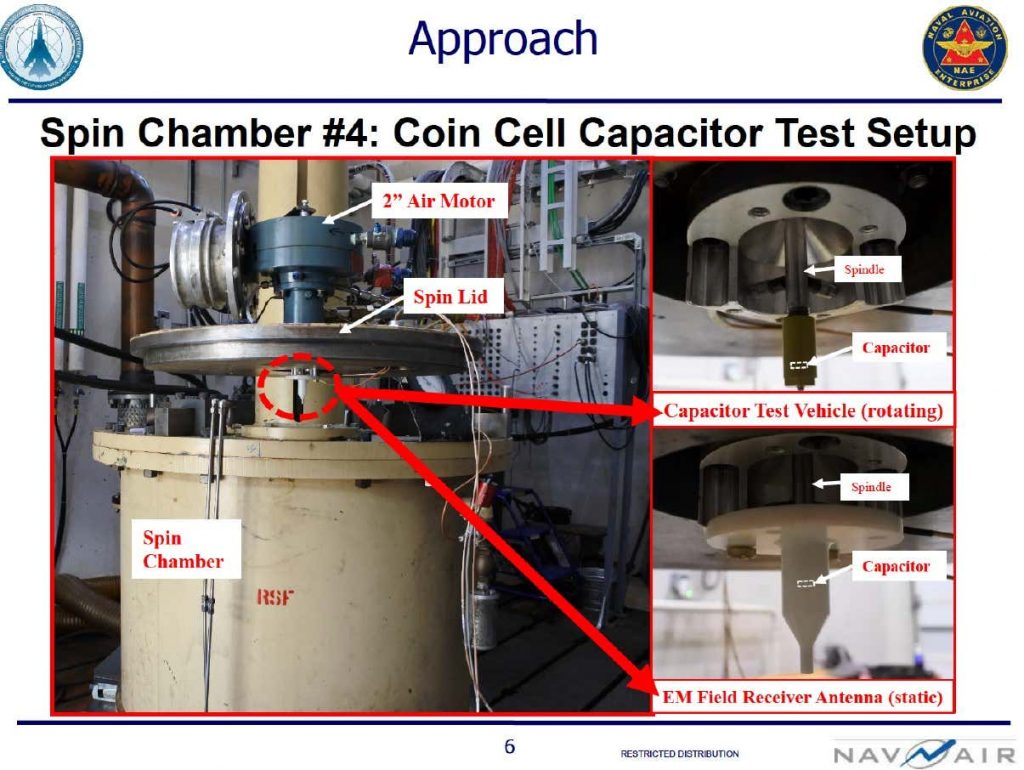 Researchers and Journalists continue to dig deeper into the futuristic U.S. Navy patents by inventor Dr. Salvatore Pais and the unusual circumstances of their approval by the U.S. Patent and Trademark Office (USPTO). The War Zone has just recently obtained documents with details of experiments that the Naval Air Warfare Center Aircraft Division (NAWCAD) carried out to test the main concepts and technologies underlying Pais “UFO patents” as the media named them. These patents were vouched for by the head of the Navy’s aerospace research enterprise who also mentioned that Chinese advances in similar technologies are one of the reasons why the Navy was filing the patents.

The Navy patents include designs for a hybrid vehicle with a new form of propulsion system that would work in the air, underwater and in space. The other patents include a room temperature superconductor, a compact fusion reactor, a force field-like electromagnetic field generator, a gravitational wave generator and even a “Spacetime Modification Weapon”. Its inventor Pais claims that the technology could impact reality itself.

Now, new Freedom of Information Act releases give insights into how seriously the Navy took Dr. Pais’s work, but also how exactly the technology involved was actually tested. The materials even mention a “Spacetime Modification Weapon” in one document marked “For Official Use Only” (FOUO). It describes how Pais “Plasma Compression Fusion Device” patent could also be used to design a new form of weapon known as a “Spacetime Modification Weapon”.

The paper says that “under uniquely defined conditions, the Plasma Compression Fusion Device can lead to development of a Spacetime Modification Weapon (SMW- a weapon that can make the Hydrogen bomb seem more like a firecracker, in comparison). Extremely high energy levels can be achieved with this invention, under pulsed ultrahigh current (I) / ultrahigh magnetic flux density (B) conditions (Z-pinch with a Fusion twist).” 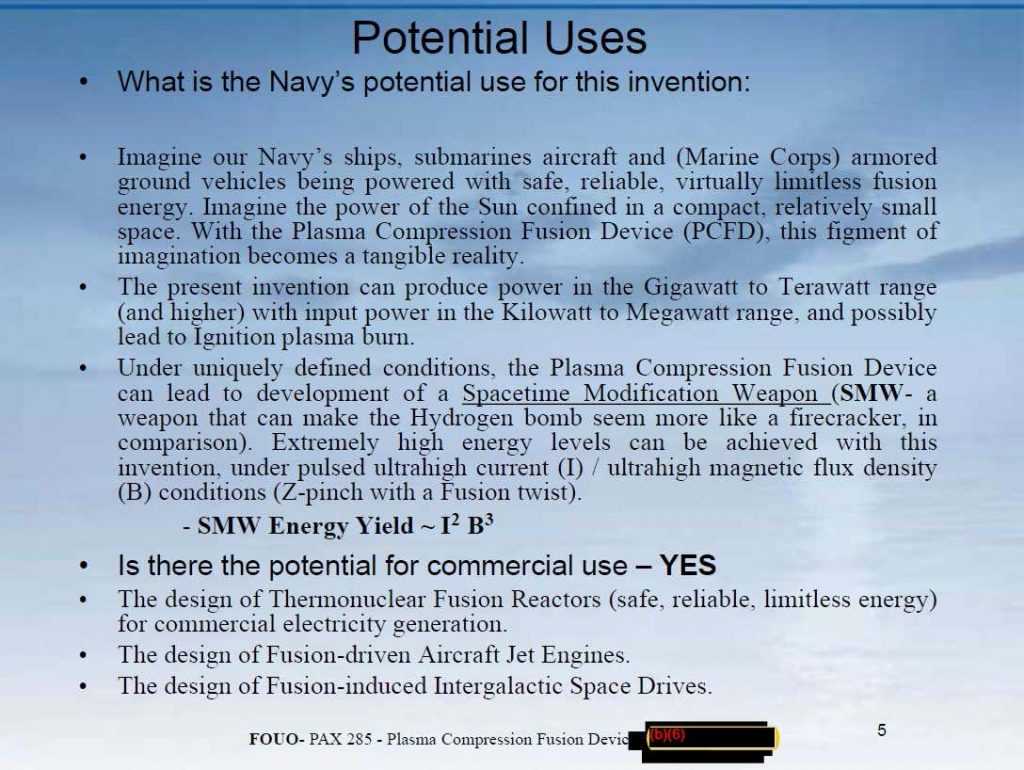 The program was referred to as ‘The High Energy Electromagnetic Field Generator (HEEMFG). The “space modification weapon”, according to the obtained documents, would release extremely high energy levels through the use of the so called “Pais effect”, which is an experimental concept also patented by Dr. Salvatore Cezar Pais. However the experiments conducted by the Navy were inconclusive and the “Pais effect” was neither observed nor disproven.

Many of the obtained documents also state that the HEEMFG project could have a future and might still be continued by the Office of Naval Research (ONR), the Naval Research Laboratory (NRL), the Air Force Research Laboratory (AFRL), NASA, or even the Defense Advanced Research Projects Agency (DARPA). At this time, it is still unknown if the HEEMFG transitioned to other DoD agencies. The War Zone is currently trying to obtain more documents through the Freedom of Information Act about any possible collaborative transition. 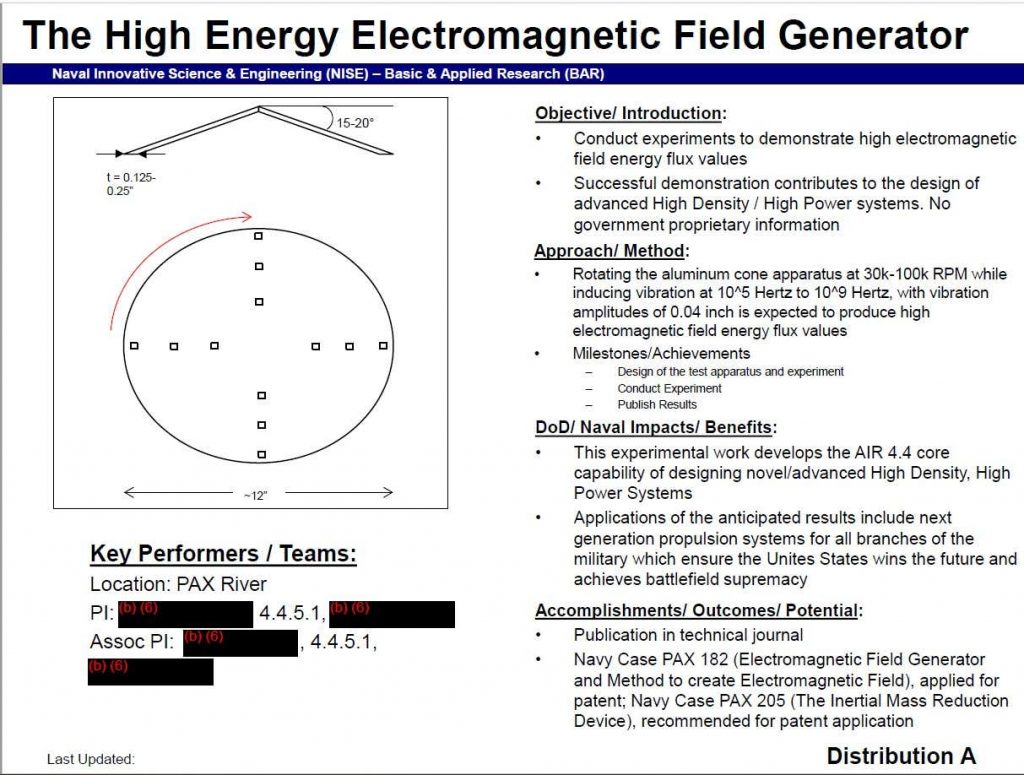