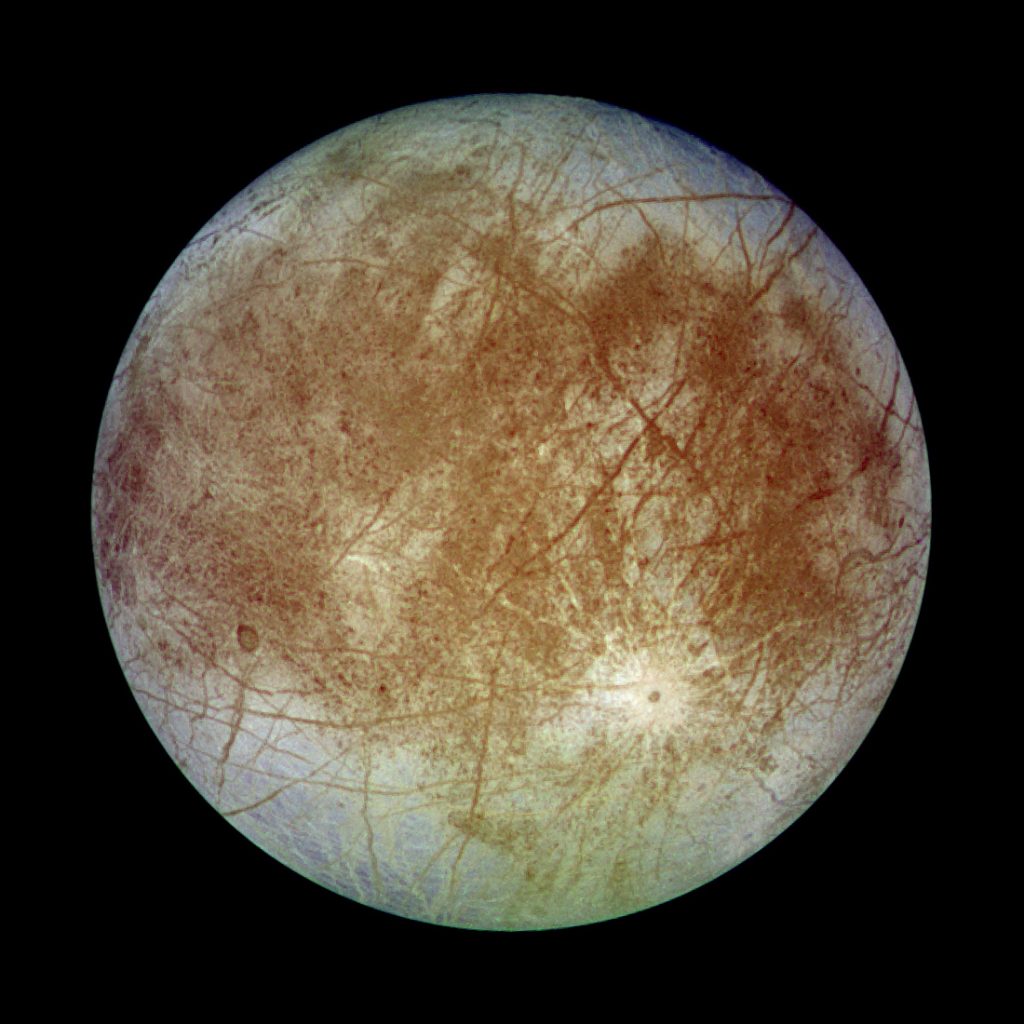 It has long been suspected that there could be life in the water on the Jupiter moon Europa. A new model calculation by NASA supports this assumption yet again. The subterranean oceans that are beneath an ice sheet could contain extraterrestrial life.

Since the Voyager and Galileo spacecraft flyby, scientists have discovered that the surface crust floats on an underground ocean. However, the origin and chemical composition of this ocean were not clear. Scientists have found that the water on the moon in earlier times had high concentrations of carbon dioxide, calcium and sulfate and was therefore toxic. However, the researchers have now been able to detect chloride on the surface of Europe.

“In other words, the composition is more similar to the oceans on Earth. We believe that this ocean could very well contain life,” said Mohit Melwani Daswani of NASA’s Jet Propulsion Laboratory (JPL). “Europa has the best chance of being home to extraterrestrial life in our solar system,” said the NASA researcher.

NASA’s Clipper mission is slated to start in the next few years and explore the Jupiter moon up close. The JPL scientists are preparing to study the habitability of Europa as part of the mission.

The Jupiter moon could not be the only moon in our solar system that contains life. “According to our models, the oceans on Ganymede or the Saturn moon Titan could be similar to the water on Europa,” explains the scientist.

In August 2019, the US space agency officially announced the Clipper mission to the Jupiter moon Europa. NASA wants to search for traces of life on the icy moon with a probe. With a variety of on-board instruments, the probe will evaluate the habitability of the moon and examine the surface and deeper regions of Europe.

A start date is targeted for the year 2024. Delays are expected. However, Clipper should actually take off by 2025 at the latest, according to the US space agency last August.