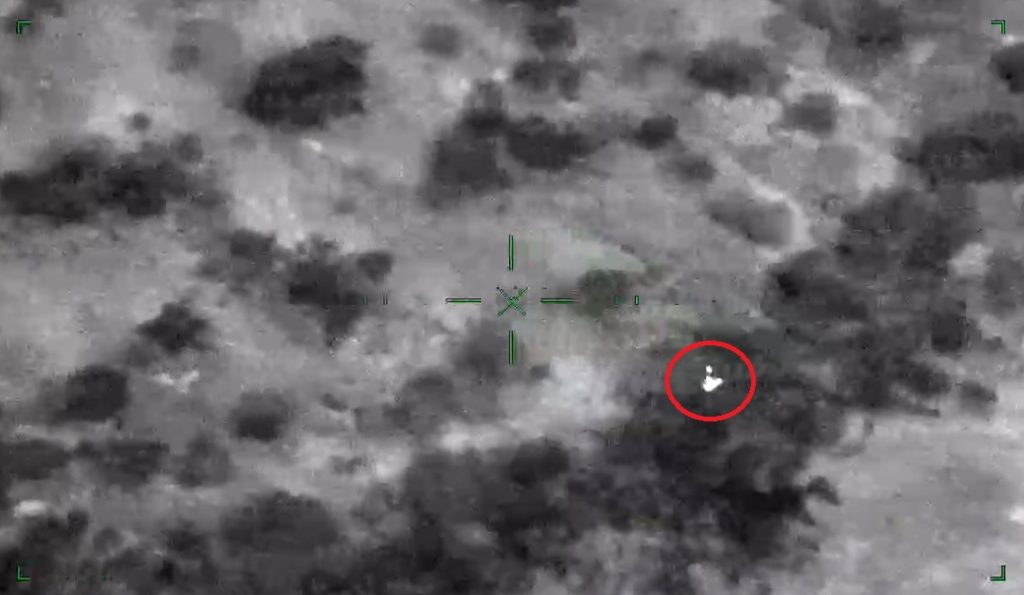 Arizona (USA) After the recent disclosure of UFO footage by the US Navy, a new video has surfaced that shows an RC-26 reconnaissance plane looking for drug smugglers somewhere over Tuscon Arizona. The object was dubbed “Rubber Duck” due to its odd shape. It appears to be a glowing orb with a smaller one floating right on top. The object was spotted 20 minutes after the recording started and was tracked for about 40 minutes.

The UAP (Unidentified Aerial Phenomena) in question has been verified as anomalous by an unnamed organization which analyzed the footage. The author of the video claims that analysis will be released later this year as it is still going through its peer review stage. The object in question is traveling with speeds of 90-200 mph as it travels over the desert and is estimated to be around 5 to 6 ft long. The unidentified object is also not emitting any heat when it accelerates.

The video was announced on Twitter earlier and there has been much speculation since. Now that it is out in the open, it has to be seen wether this is a genuine UAP recording. There is no official statement yet, but hopefully the government will acknowledge this footage as well, such as the recent videos from the Navy.