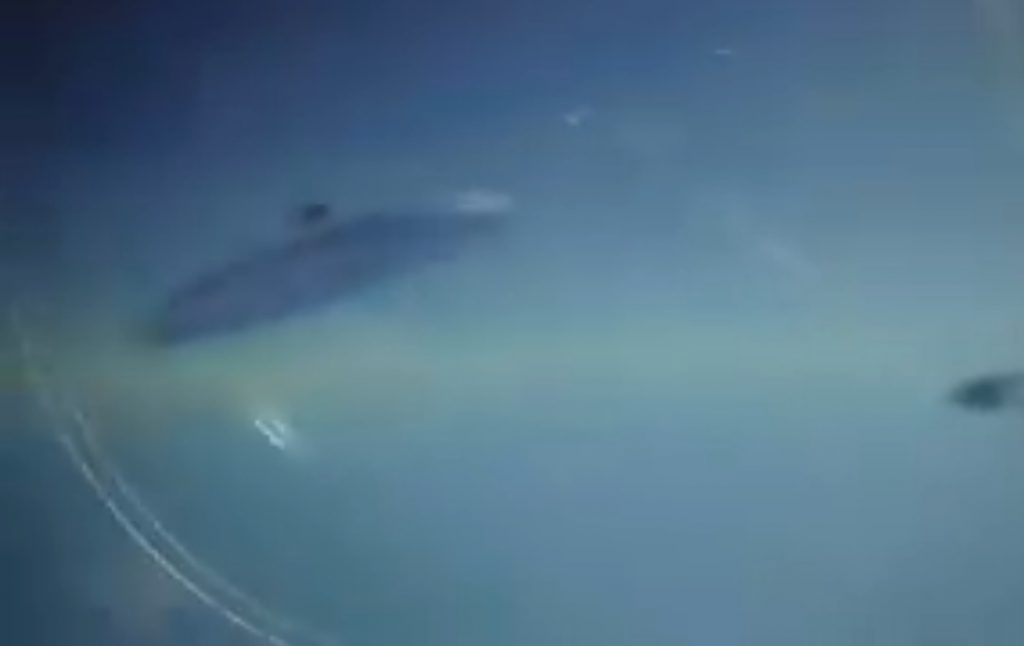 Rome (Italy) A more than ten year old video shows a flying disk moving alongside a passenger plane. Nevertheless, experts are now again discussing the authenticity of the material taken from the plane. Even former Pentagon official Luis Elizondo spoke up, calling the video “clean”.

Elizondo was a Pentagon employee for many years and, from 2010, headed a US Department of Defense UFO program. Elizondo has been a “UFO whistleblower” since 2017, where he spoke about details of the previously secret “UFO program”.

The video in question shows a disk-like flying object filmed from a passenger plane during a trip from Rome to Paris on April 29, 2006. Luis Elizondo describes the video as real and many representatives of the numerous UFO theories agree. Another UFO researcher went as far as saying that this video would prove the existence of aliens.

Despite that, opposing voices are also raised. Some viewers believe that the recordings were created artificially using special effects, as known from cinema productions. It should be noted though that such productions and effects were more expensive and complicated to implement ten years ago.

Many people on the Internet assume that the recordings could actually have been made in a passenger plane. However, no details are known about the background of the resulting recording, the flight route or the filmmaker. The only details are from the caption of the video: “A UFO captured from the window of a Blue Panorama flight from Rome to Paris, on april the 29th, 2006”

There was a time when conversations about UFOs were quickly dismissed as something for weirdos and nerds. Nowadays, the topic has arrived in the mainstream. Last year the US Department of Defense presented a partly redacted report on over 140 UFO sightings, or how the government calls them: UAPs (Unidentified Aerial Phenomena). Videos have also been published in which unknown flying objects quickly change direction and have no recognizable wings or drives, sometimes with extreme acceleration.