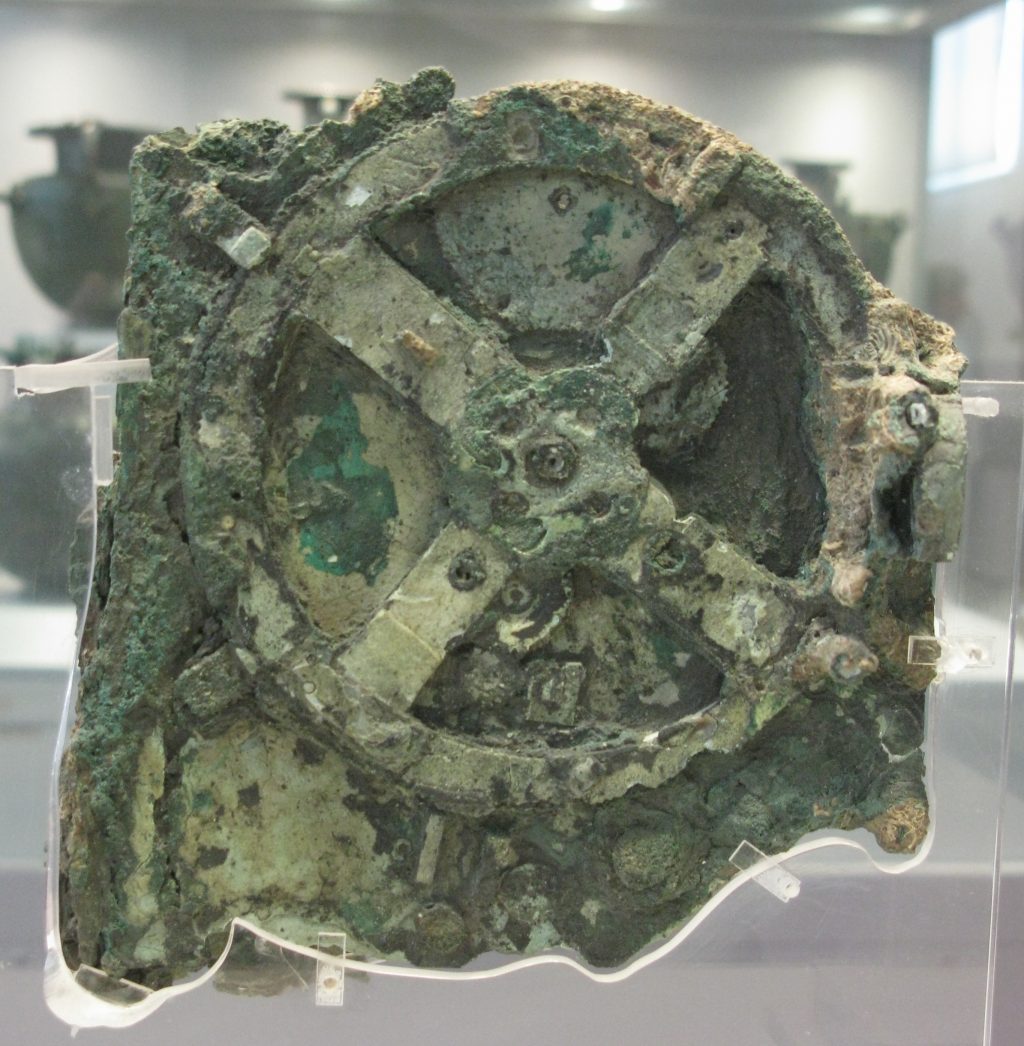 The 2000 year old “Antikythera Mechanism” was an archaeological sensation and a mystery for more than 100 years. Researchers have now built a complete model for the first time and thus uncovered its functions.

The Antikythera mechanism was even more complex and astronomically sophisticated than previously thought. Through the reconstruction of its front gear train, researchers could now see for the first time how the ancient celestial computer traced the movements of the planets in the sky and what mechanical solutions were behind it. This provides completely new insights into the cosmic worldview and the technology of the ancient Greeks.

The device could not only predict the course of the sun and moon, but also the movements of the planets Mercury, Venus, Mars, Jupiter and Saturn, which were known in antiquity. This is what a research team from Great Britain and Cyprus reports in the journal “Scientific Reports” (doi: 10.1038/s41598-021-84310-w). The scientists succeeded in developing a complete model of the mechanism, which, based on the astronomical knowledge known in antiquity, performs all the functions described by engraved inscriptions.

The Antikythera Mechanism, discovered in an ancient shipwreck in 1901, is considered to be the most complex device of antiquity and it remains a mystery to this day. It seems clear that this ensemble of more than 30 gears, dials and hands was a kind of analog sky computer. It showed the cycles and eclipses of the moon and sun, calculated data from the Olympic Games and the calendar on its back. This was also confirmed by tomographs in 2016, which made parts of the inscriptions on the inside of the fragments visible.

Initial investigations in the following years after its discovery indicate, that the brass lump is the remains of a surprisingly complex fine mechanical apparatus. In the 1950s, x-ray examinations inside the brass lump showed gears and mechanical components, as well as numerous engraved inscriptions. It turns out that the mechanism is even older – it apparently dates back to the late 2nd century BC.

In 2021 Tony Freeth of the University College London and his team may have uncovered the mystery of the Antikythera Mechanism’s planet display. Through a combination of tomographic analyzes of the fragments and inscriptions, mathematical calculations and astronomical data, they succeeded in reconstructing the possible structure of the front gear train.

The starting point of the analysis was X-ray images taken in 2005, which show further inscriptions on the back of the mechanism. The researchers were also getting clues from two numbers on the front: 462 and 442. With these numbers, Freeth and his colleagues found out, the movement of the planets Venus and Saturn relative to Earth could be represented with the aid of cogwheels.

On the basis of this finding, the researchers finally succeeded in reconstructing a complete model of the Antikythera mechanism. And to show that it actually reproduces the movement not only of the sun and moon, but also of the five planets known in antiquity with high accuracy.

Freeth and his team received the decisive clue for the reconstruction from an inscription on the inside of the front cover that was deciphered in 2016. There the planet names appeared in combination with numbers, for example for Venus 442 and 462 for Saturn. These numbers mark sections in the synodic periods of the planets – intervals in which certain positions or encounters of the heavenly bodies were repeated.

With the help of these numbers, the researchers were now able to calculate mathematically how and with how many gears and teeth the Antikythera mechanism reproduced and displayed these intervals. As they found out, the large numbers of the planets were ingeniously broken down into prime number factors, which in turn were represented by individual gears.

The result is a complex system of seven gears with locks and connecting struts, which enabled a variable and both direct and indirect meshing of the gear train, comparable to a complex manual transmission. The mechanical ensemble is also so compact that it would have easily fit into the available space in the housing, as the researchers explain.